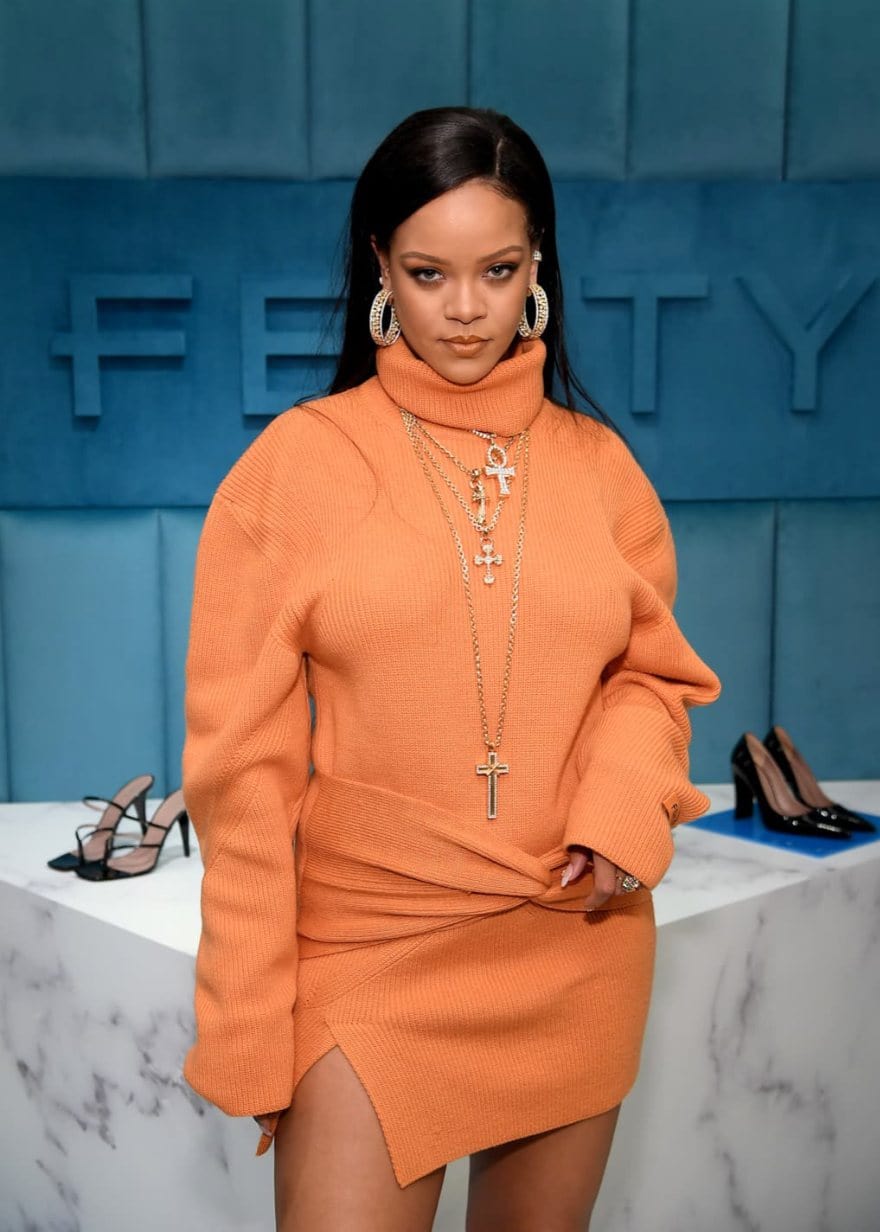 LVMH boss Bernard Arnault regularly breaks his trademark composure to say publicly how much he admires Rihanna as an artist. However, the luxury king is much less vocal about the singer’s fashion flair and design. Funded by LVMH and managed by an armada of executives from the French group, Rihanna’s Fenty Beauty venture has been a huge success. But sales of Fenty clothes and accessories have not met Arnault’s expectations, raising questions about the brand’s future direction, several industry sources have told Miss Tweed. Rihanna’s millions of fans can afford her $35 foundation – and its 40 shades have made Fenty Beauty the ultimate inclusive brand. The singer has also done a good job of selling underwear branded “Savage x Fenty” with high-octane spare-no-expense music videos that feature wild decors and plus-size women dancing around in garter belts and sexy stockings. But Rihanna’s pricey cotton shirts and corset blazer dresses have not found their audience. The tattooed artist, who was not allowed to wear make-up when she was a teenager, is a modern-style icon followed by more than 88 million people on Instagram. But her uncompromising, proud-of-who-I-am foxy looks do not really ooze luxury.