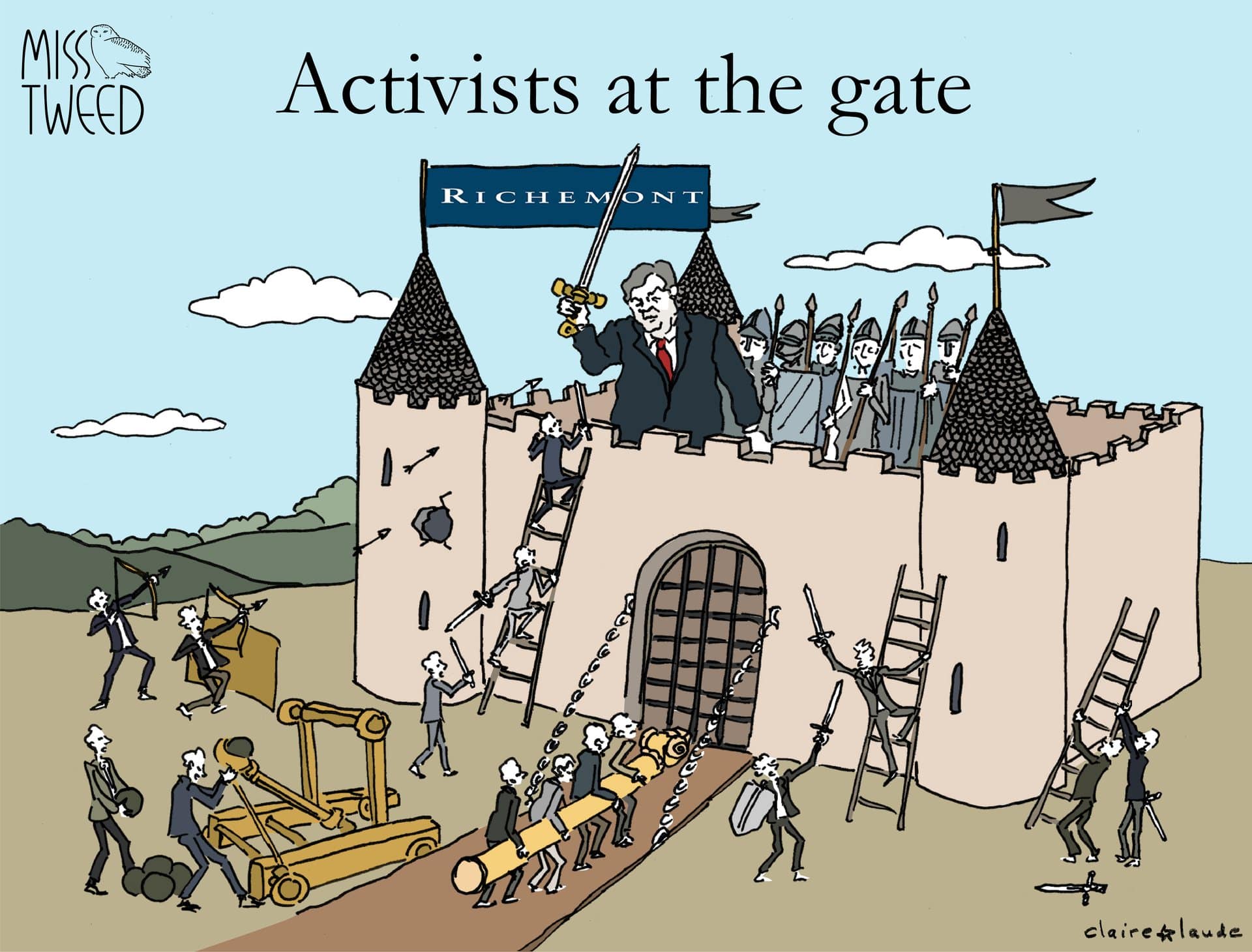 Third Point, one of the world’s most aggressive activist funds, has built up a significant position in Cartier owner Richemont, Miss Tweed has learned. Third Point and another hedge fund, which has a smaller position in the Swiss luxury group, are piling pressure on Richemont Chairman Johann Rupert to make moves that will improve its stock market price performance. Based in New York, Third Point is known for forcing companies to take actions that lift their share price. Examples from the past few years include Nestlé and Sony Corporation. Led by charismatic CEO Dan Loeb, Third Point is also trying to break up Royal Dutch Shell. It has taken a stake in Shell worth about $750 million and called for it to be broken up into “multiple stand-alone companies”. Loeb has called Shell “one of the cheapest large-cap stocks in the world.” Simultaneously, Third Point is now engaging with Richemont. Miss Tweed has the details.