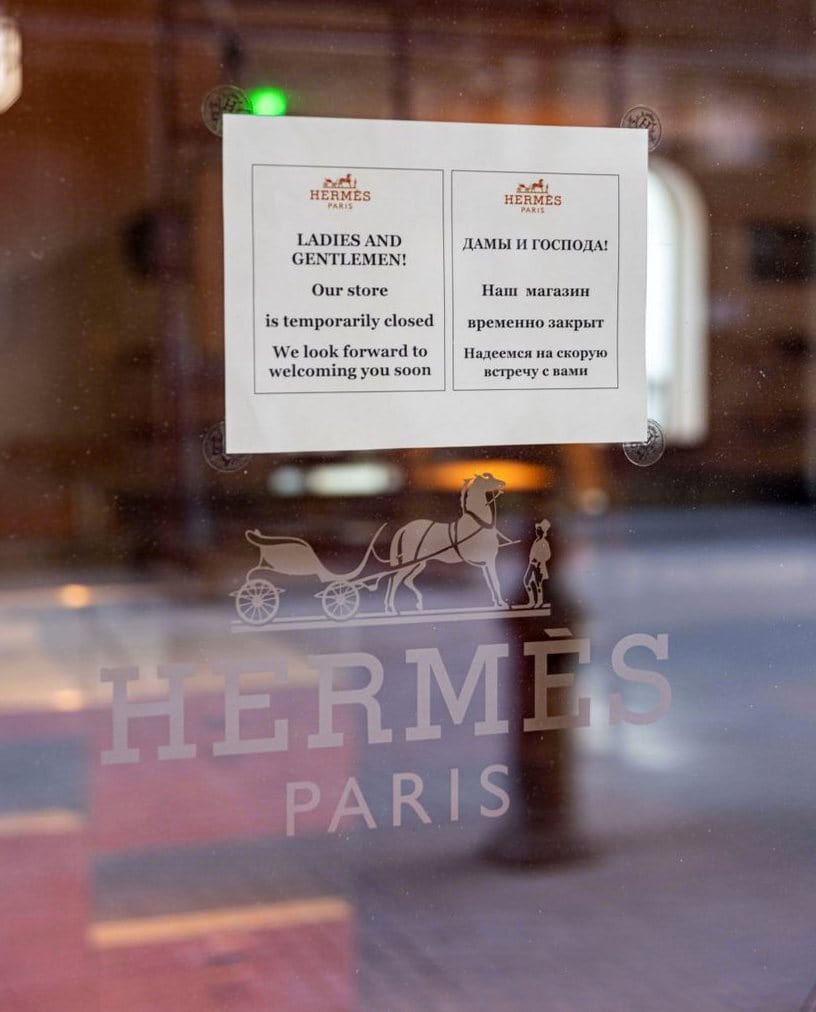 In the space of a few weeks, Russia has become an international pariah, a new North Korea. Russian citizens are subject to information blackouts, massive losses in personal freedom and huge drops in purchasing power. Russian President Vladimir Putin has launched a crackdown on anyone who criticizes his “special military operations” in Ukraine. Everyone is a target, including the general managers of Western brands in Russia – and that concerns luxury and fashion houses as well - who suspended their operations starting March 3. Closing down a boutique, even temporarily, is regarded by the Russian government as a “visible sign of protest’ against the country’s invasion of Ukraine.