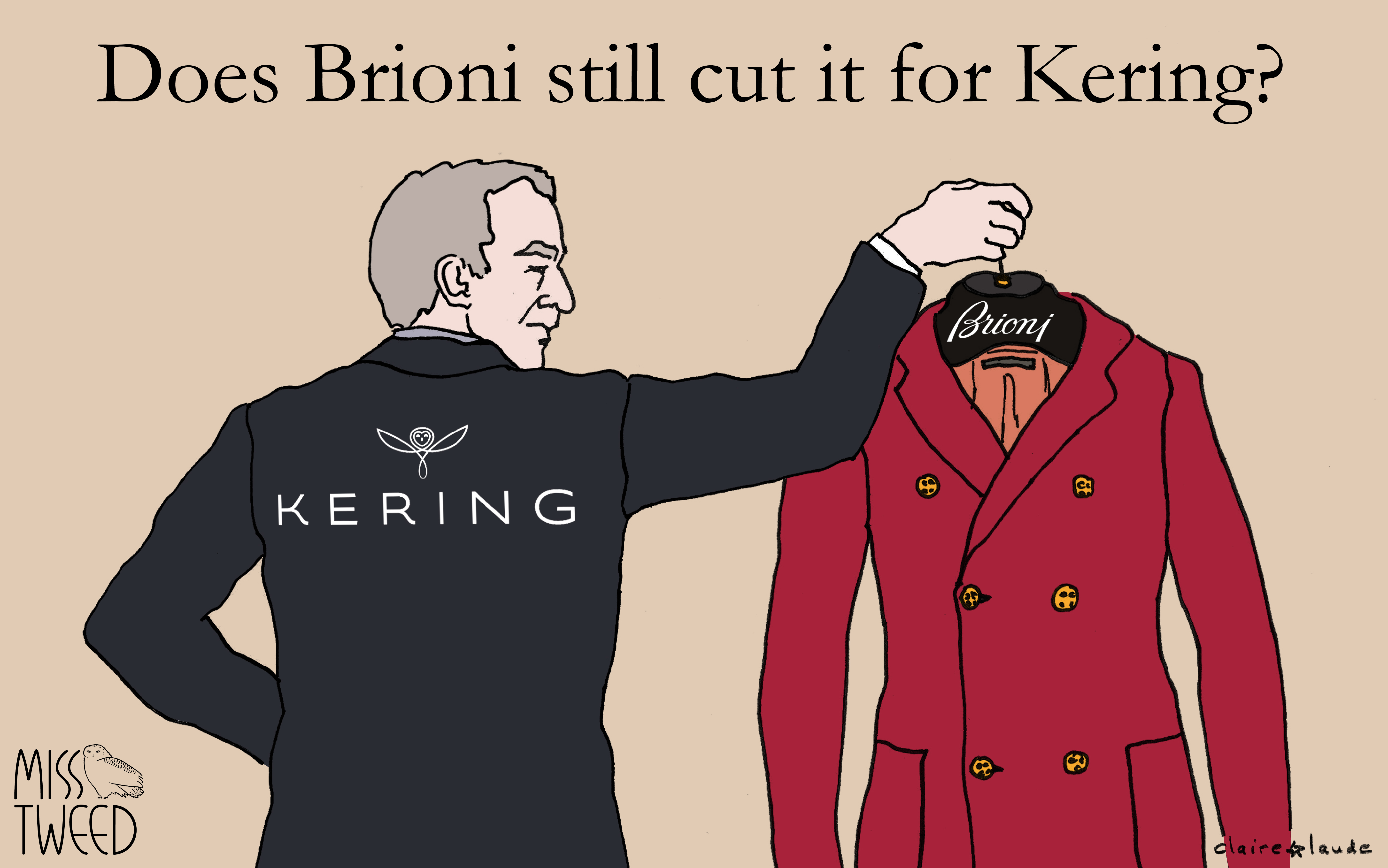 When Kering bought the Roman tailor Brioni in 2012, it believed like other luxury groups — such as rival LVMH — that high-end menswear represented a fast-expanding category, a potentially powerful engine of future sales growth and profits. Ten years later, Brioni and Berluti, the menswear brand they both invested in, never delivered on that promise. Kering’s Brioni bet never took off and LVMH’s luxury shoemaker Berluti never succeeded in becoming a profitable well-rounded menswear brand either. However, Brioni’s story is quite different from that of Berluti, as Miss Tweed explains why.