Menswear Series : 3- British menswear is on the mend 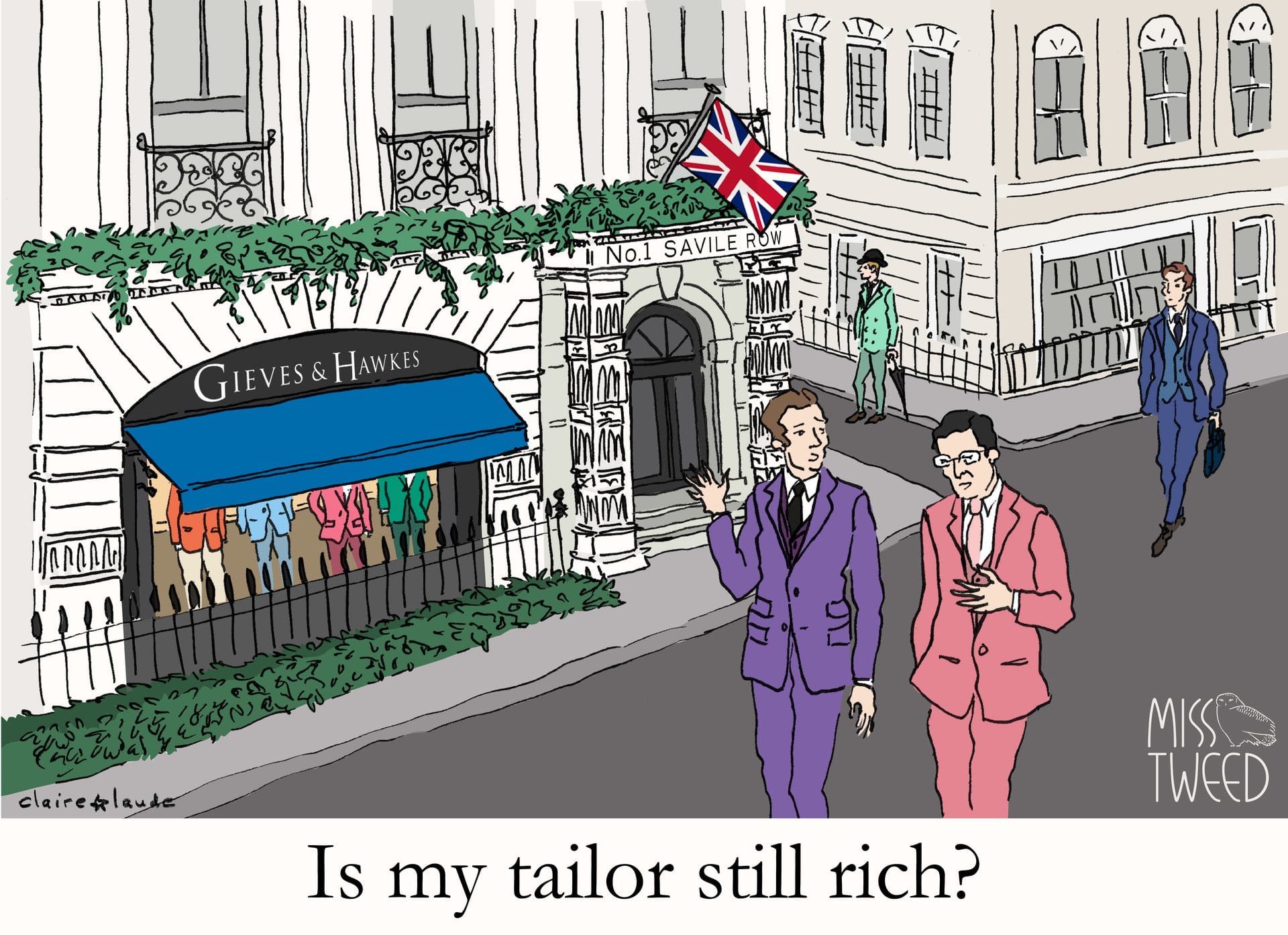 Gieves & Hawkes still faces an uncertain future. Nobody knows what will happen to the legendary tailor of No. 1 Savile Row, London’s 270-meter strip dedicated to bespoke suits and masculine elegance. Hopes are high that a buyer will come forward after its Chinese-owned parent Trinity collapsed into liquidation in January this year. Trinity is owned by the Shandong Ruyi Chinese textile group, which once aimed to build a rival group the size of LVMH. The collapse of Ruyi’s Trinity subsidiary took with it tailors Kent & Curwen and Cerruti. Shandong Ruyi, which also owns the French fashion group Sandro, Maje, Claudie Pierlot, (SMCP) defaulted on bond payments last year and was forced to liquidate assets. Over-expansion and a lack of shared vision between the Chinese shareholders and Gieves & Hawkes management contributed to the tailor’s troubles.