The Richemont series: 1-Ousting its HR will not solve its problems 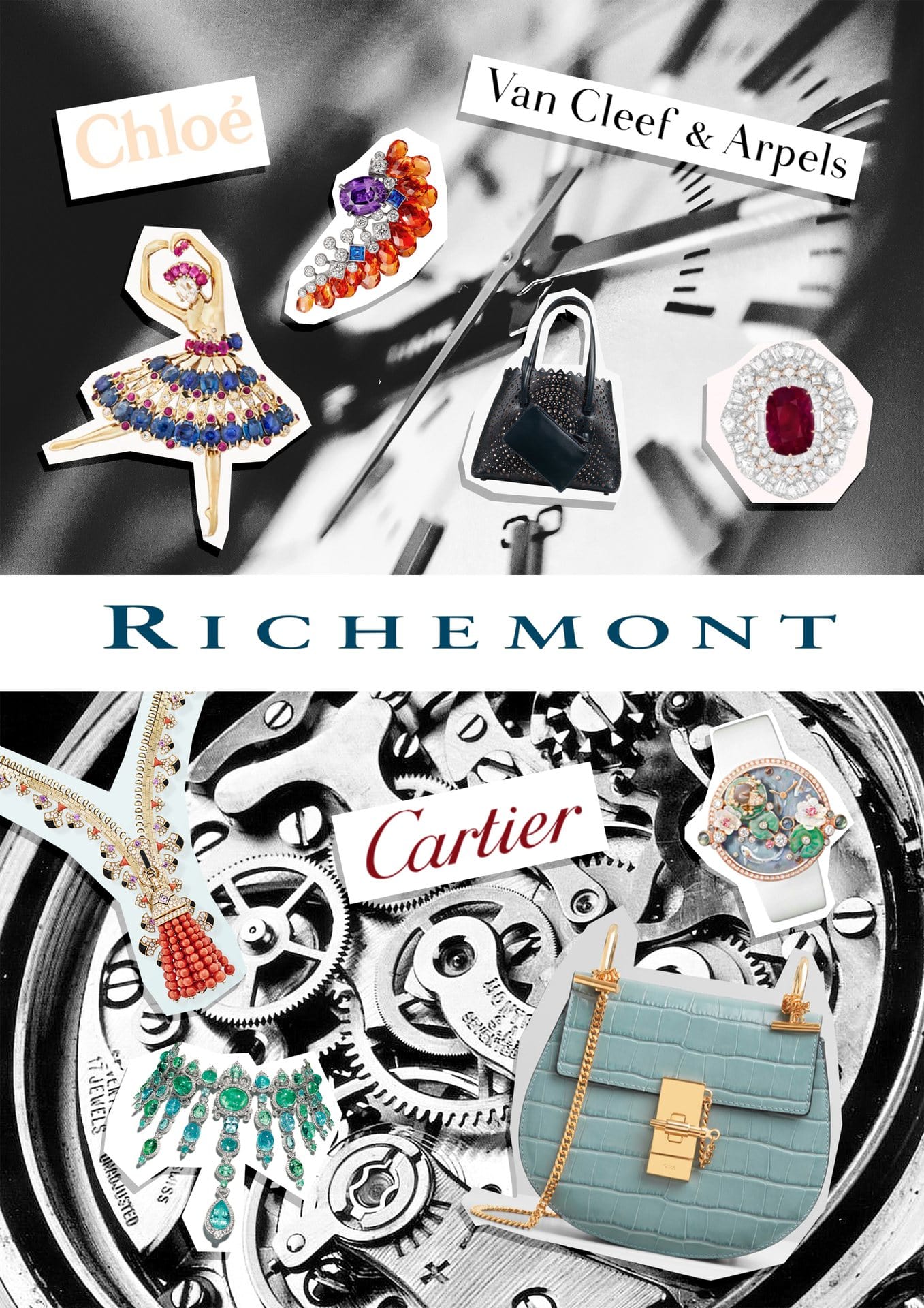 Richemont is parting ways with Sophie Guieysse, group head of human resources and a member of its executive committee, after too many managers complained about her aggressive methods, and personality. Richemont employees who suffered at her hands will rejoice. But that satisfaction will be short-lived. A deep sense of malaise runs throughout the group, staff openly admit, from top managers to the rank-and-file.

Based on off-the-record conversations with a dozen of directors and managers at Richemont from Asia to Europe and North America over the past few weeks, it dates back much further than the appointment of Guieysse in 2017. Only now, Richemont staff, who kept silent for years, are venting their frustration, having little to lose since the group is planning to pay them less to work harder and preparing itself to lay off people.

“‘Headcount’ and ‘budget cuts’ are words we hear all the time these days,” a country head of one of Richemont’s watch brands told Miss Tweed on condition of anonymity. Staff say they feel the group has lost its way as well as its ability to compete effectively against more dynamic and forward-looking rivals Kering, LVMH and Chanel. They say Richemont’s tedious corporate processes and reporting routines – which plague other groups as well – have killed what was left of entrepreneurship and creativity within the group. Richemont is not known for putting creativity at the center of everything. Yet, entrepreneurship and creativity are the lifeblood of this industry, history shows. Only the bold and fearless succeed. Diesel founder Renzo Rosso was right to call his group Only The Brave (OTB).

Like every business, it is all about people. And in the business of luxury and fashion, it is people who build dreams and create imaginary worlds, not machines and processes. Yet, Richemont Chairman Johann Rupert does not seem to have grasped that. In fact, it is fair to say Richemont does not have a particularly sparkling track record in terms of human resource management. Already back in 2015, at the Geneva trade fair SIHH (Salon International de la Haute Horlogerie), Richemont Chief Financial Officer Gary Saage admitted in front of a small group of journalists: “Yes, I know, we have a management problem.” Saage was talking about the group’s underperforming brands such as Dunhill, which never made a profit, and Lancel, which Richemont never turned into a successful business after buying it in 1997. It finally sold it 21 years later, in 2018, to Italian leather goods maker Piquadro and took a 31-million-euro impairment charge on the value of its net assets.

With regards to Richemont’s management, answers to the following questions speak for themselves: When was the last time Richemont hired an industry super star? Why did an energetic, charismatic leader such as Georges Kern, who was head of watchmaking, marketing and digital at Richemont and head of specialist watchmaking maisons, leave in 2017 to run Breitling? Why did Jean-Jacques Van Oosten, Richemont’s first ever Chief Technology Officer, suddenly leave in 2018 after only four months in the job? Why did Richemont recruit Sophie Guieysse, knowing that she had been pushed out of LVMH and sacked from Canal Plus? Human resources are not just about headcount. It is also about hiring quality people who fit with the group’s corporate culture. But Richemont does not have a clearly identified corporate culture (Miss Tweed will come back to that point in the next episodes of this series). HR is also about looking after staff well-being to retain talents and help them plan their career and realise their ambitions within the group. But that does not seem to be Richemont’s definition of HR nor does it appear to rank high among its top priorities.

The coronavirus crisis, which put travel and shopping on pause for months, combined with riots in Hong Kong and in the United States, will dramatically dent Richemont’s sales and profits this year. The group needs to adapt its cost base, like everyone else in the industry. However, Richemont is the only European luxury group of that size and significance to have relied on government-sponsored unemployment schemes to reduce costs. Rivals Hermès, LVMH, Chanel, Kering and L’Oréal did not use them and continued to pay full salaries during the lockdown. LVMH and Kering initially wanted to use such schemes but when they found out companies such as Hermès and Chanel were not planning to tap government resources, they opted out as well.

Despair among Richemont staff has been exacerbated by Guieysse’s rough tactics but also by the fact that the group announced cuts to salaries and bonuses just when it published its annual report showing members of its executive committee would see their own remuneration rise in total by 36 percent for the last fiscal year to March 31. How could Richemont make such a mistake? “I think the problem is that power isolates people and members of the executive committee have become completely disconnected from the life of the group’s brands,” one senior Richemont director said. “All they care about is how much power they have.” But that is only one explanation. Perhaps, one of the principal causes of Richemont’s disfunction and of staff despondency is that the group is plagued by contradictions, embodied and expressed by Johann Rupert.

The values and the atmosphere of every organization, whether it is a company with 50 staff or a group like Richemont with 37,000 employees, always stem from the personality of the leader. Rupert turned 70 on June 1, 2020, which he celebrated with a bottle of a Petrus Pomerol 1950, the year of his birth, a photo of which he posted on his Instagram account. Rupert is Richemont’s controlling shareholder, yet, officially he says that he is not in charge.

The only problem is that no major decision is taken without him, senior managers at Richemont say. Rupert always says that he does not want to get involved and wants to let people work in peace. But that system does not work. In fact, it slows down everything since managers constantly have to wait for the group’s strategic committees chaired by Rupert to approve their plans. “I think we should be much more reactive and take faster decisions when they are needed, depending on market opportunities, and not have to wait for Rupert to be in town,” one of Richemont’s directors said. Another source of pain comes from the fact that managers prepare and present their annual strategy around October, which Rupert questions and approves. Then later, in February, when budget meetings happen, Rupert is no longer present. Instead, he is replaced by Chief Executive Jerome Lambert, who keeps a close eye on costs and has a habit of downsizing budgets. “That is very discouraging for the teams,” the Richemont director added. Rupert is very active on matters that concern brand equity and image, which truly interest him, but he stays out of financial matters.

Another contradiction is that Rupert officially encourages entrepreneurship and risk-taking while at the same time his magic words are “prudence” and “respect” for a brand’s heritage and long-term image. In practice, that means that the group’s guiding principle is “take no risks.” And that never works for very long in the luxury industry. Like in finance, there is no such thing as “no risk and high reward.” Successful brands are those that are capable of reinventing themselves in ways consumers never expected. The key to success in luxury is the perpetual reinterpretation of the same idea in a manner that fits the Zeitgeist. But Richemont’s teams are not encouraged to come up with out-of-the box ideas that could wow customers. Instead, they are told to fit in the mold and do as they are told, several Richemont managers told Miss Tweed.

Some fund managers who have bought Richemont shares admit they do not understand how Richemont works and who is really in charge. As one recently put it: “Rupert, he is there but not there. He lives in South Africa yet most of his operations are elsewhere. So, I am not sure I understand how all of this works.” Rupert himself was once CEO of Richemont, a position he came in and out of several times. He also took a year-long sabbatical in 2013-2014 to “have a break,” read books and travel. Rupert famously said in 2016, when he scrapped the position of chief executive, only to re-instate it two years later, that he saw himself as “the air-traffic controller of egos.” Richemont is now officially run by Lambert, who plays more the role of executioner and finance director than that of a charismatic leader who explains the group’s vision and strategy to the troops. Richemont staff rarely get emails from him, they said. Cash cows Cartier and Van Cleef & Arpels are run by Cyrille Vigneron and Nicolas Bos respectively, who report directly to Rupert. The group’s specialist watchmakers are led by Emmanuel Perrin, who worked for many years for Cartier and is the nephew of legend and former Cartier boss and group CEO Alain-Dominique Perrin, now a consultant for the group. Richemont managers say Emmanuel Perrin gives very little freedom to the chief executives of the group’s watch brands, which include Vacheron Constantin, A. Lange & Söhne, Jaeger-LeCoultre and IWC. “Emmanuel controls everything since he reports to Jerome Lambert,” one Richemont director said. “As a result, he is afraid to take risks and make decisions.”

It is also not clear who is in charge of overseeing the group’s fashion brands Chloé, Maison Alaïa, Dunhill and Peter Millar, about which little was said during the group’s last annual results presentation in May in terms of performance. It is telling that the group’s fashion brands fall in the category “other,” which also includes the group’s watch components manufacturing and real estate activities. In 2018, Richemont appointed Eric Vallat, ex-LVMH and later Remy Cointreau CEO, only to see him leave a year later to return to his previous job.

Johann Rupert is coming to Geneva next week. Many expect a management shake-out. On Friday, Richemont said it had “initiated a comprehensive review of its Human Resources function, which may have an impact on the composition of its Senior Executive Committee.” More important decisions are likely to follow.