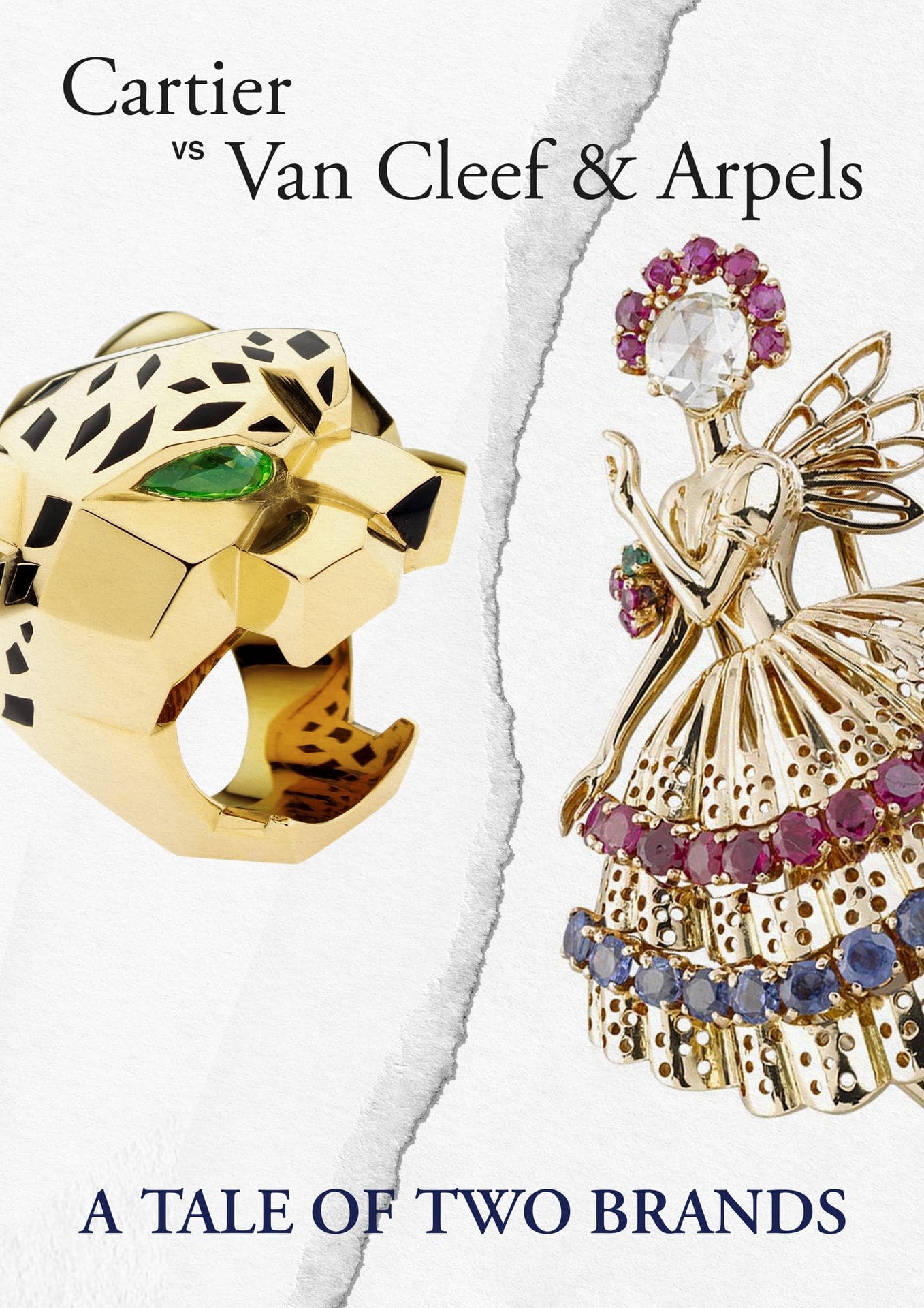 A question mark hangs over Richemont’s future leadership and that of Cartier. Who will run Richemont? Who will run Cartier? As of now, nobody knows.

Many at Richemont expect that as early as next week, the group could announce that its current chief executive, Jérôme Lambert, will be replaced by Cartier CEO Cyrille Vigneron. Or it might choose a duo with him and someone else, who could well be the group’s current Chief Finance Officer Burkhart Grund. Some people at Richemont believe the shake-up could take a while, perhaps even months.

Getting everyone to agree on what is best for the group will be no easy task. But for Richemont investors and those who follow the luxury industry, who runs the group is actually not the most important news since that role has not traditionally had any major impact in terms of strategy and vision. Since he was appointed CEO in Sept. 2018, Jérôme Lambert has been focusing more on group support functions and on keeping brands’ budgets and expenses under control than on introducing much-needed reforms and forward-thinking. Moreover, Richemont’s CEO does not run the two brands that contribute the bulk of group profit, market value and revenue: Cartier and Van Cleef & Arpels (VCA).

Ultimately, what Richemont investors care about is who will run Cartier if Vigneron becomes CEO of the group. That is the 30 billion-euro question, that figure being its estimated market worth. Cartier is the world’s No.1 jeweler, generating an estimated 5.5 billion euros in annual sales.

Cyrille Vigneron is intelligent and a great organizer. But he is an intellectual who loves abstract ideas and concepts. As a result, colleagues complain behind closed doors that it is sometimes difficult to understand what he says – which cannot be a very good thing when you are managing a brand of the size and importance of Cartier. “Cyrille is a wonderful man, very intelligent, but he is disconnected from people and from markets,” says a former LVMH top manager who has known Vigneron for many years.

Nicolas Bos, on the other hand, is described internally as clear and pragmatic. His teams understand his language, his objectives and where he wants to take the brand. Staff at VCA know they must all sing from the same song sheet, composed by Bos, the brand’s chief executive and creative director, who also plays the role of conductor.

In the business of luxury, a brand led by a good “right brain and left brain” is a major asset (remember Giorgio Armani for example). The key to success is mutual understanding between the creative and the CEO (the most cited reference here is Pierre Bergé and Yves Saint Laurent). Things run even more smoothly when that role is fulfilled by the same person.

Bos mainly focuses on the creative side of things at VCA and stays out of day-to-day management. He decides every new collection, what stories it will tell, how it will be presented, and where and how it will be launched. His teams trust his judgement and duly execute his plans. “People at VCA are not encouraged to have ideas or take initiatives since everything is decided by Nicolas, and we need to do as we are told – but that system works,” says one former VCA manager who just retired. “Nicolas is the emperor at VCA. He is admired internally, only sometimes, you have the impression that he is sitting on a cloud.”

Bos, who has been VCA’s creative director for more than a decade, became CEO in 2013 after running the brand’s marketing and North American operations. One of the main reasons why VCA has been Richemont’s biggest success story is its creativity has been consistent and coherent with the brand’s values and universe. VCA’s collections are inspired by lightness and fairy tales. The brand produces ballerinas, flowers, cute and inoffensive animals such as parrots, pandas and turtles. Jewelry pieces, all made in France, tend to be round and asymmetrical. Best-selling collections include Perlée and Alhambra, centered around the clover as a symbol of luck. The French jeweler never hires celebrities to promote them.

The Cartier universe is the opposite: boisterous and flashy. Its collections bling. Its fetish animal is the panther, introduced by creative director Jeanne Toussaint in the early 20th century. Cartier’s jewelry tends to be square and symmetrical. Best-sellers include Love (a horizontal line inside the letter “O”), Juste un Clou and Trinity. The brand relies on celebrity ambassadors, such as actor Jake Gyllenhaal to promote its classic Santos watch.

The atmosphere at Cartier is also very different from that at Van Cleef, people who’ve worked at both brands say. If at VCA, there is an esprit de corps, at Cartier, one senses much more rivalry among key personalities and their teams. Relationships tend to be more aggressive. “At Cartier, you really have the idea of packs, one against the other,” a senior manager who worked at both brands told Miss Tweed on condition of anonymity. Also, unlike at VCA, where Bos leads the brand’s creativity, at Cartier, that responsibility is divided among different people and collections. “At Cartier, things need to go fast, which can be tiring, while at VCA, the atmosphere is much more tranquil, almost too tranquil,” this manager added. The executive left VCA to join Cartier and be more challenged but resigned from Cartier a few months ago after feeling disconnected from the brand’s ethos and corporate culture.

Also, staff at Cartier tend to be better paid than at VCA. Several sources said VCA staff, who worked many years for the brand, were given small annual increases, about 1.5 percent a year. For example, some people in communications or marketing, were on an annual base salary of 60,000-65,000 euros a year – which is relatively low compared to rivals. Bos’s direct reports are generously paid but not all of those below them.

Bos himself is one of the best-paid CEO in the luxury industry, if not the most highly paid. Richemont’s annual report showed that his remuneration for the year just passed topped 9.2 million Swiss francs, even though VCA only makes an estimated 1.5 billion euros in annual sales.

WHO WILL RUN CARTIER?

While many would like to see Cartier hire a CEO from outside the group to bring a fresh view, several potential in-house successors have been mentioned. These include Emmanuel Perrin, head of specialist watchmakers with brands such as IWC and Panerai, and Renaud Litré, Cartier’s international commercial director. If Vigneron becomes CEO of Richemont, he will put to good use his organizational skills, which are unanimously appreciated internally. But passing the baton will be an arduous task.

Cartier needs to ask itself difficult questions – which it does not seem to be doing at the moment – as competition from LVMH will intensify. LVMH has revamped Bulgari and will no doubt do a good job with Tiffany & Co. The acquisition looks set to go ahead, whether the price is renegotiated or not. In addition, Cartier needs to sort out its production. Last year, boutiques faced shortages after it launched its new Clash collection, composed of tiny spikes and pyramid studs. Cartier also needs to inject more newness and momentum, analysts say, otherwise well-endowed clients will look elsewhere. Some estimate the brand’s annual sales should be at around 8 billion euros, not 5.5 billion euros as they are now.

Critics say Cartier relies too heavily on best-sellers, that status-hungry Asians continue to purchase in spite of regular price increases. It is telling that the brand’s website, which carries a conservative and traditional look-and-feel, promotes its “classics” rather than new collections. The US website is one exception, advertising Clash jewelry on its homepage.

If Vigneron leaves, Cartier will have been led by four different men in the past decade, starting with Bernard Fornas, then Stanislas de Quercize from 2012 to 2015, and Cyrille Vigneron since 2016. The ball is now in Johann Rupert’s camp. Much of the future of Richemont depends on whether Rupert makes the right decision.